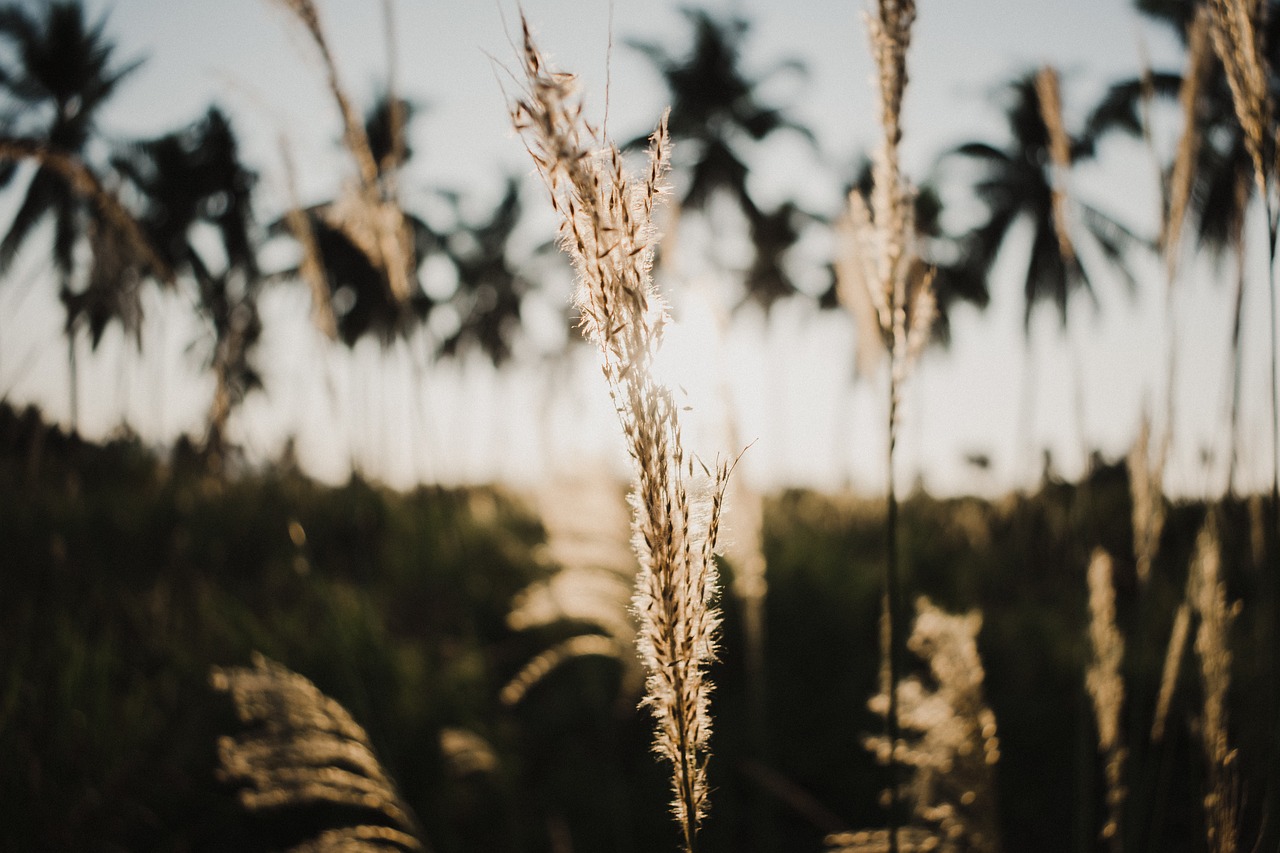 I never thought this would be my story. I’ve seen a million shows and read a hundred articles about the epidemic of addiction in today’s society, but never truly thought it would impact my small, happy family. Just a year ago, my life pretty much felt like a fairy tale. I was married to my best friend. We found out I was pregnant with our third child. We were over the moon with joy. I left my job to embark on my dream of being a stay at home mom. We had a beautiful home and a beautiful life. We were healthy and successful. Laughter and smiles all around. Life was good. I never thought that 365 days later I’d essentially be a single mom of three kids age four and under. Addiction can hit fast and addiction can hit hard.

I first realized that my husband had a problem one sweltering Sunday afternoon last June. I was inside chopping vegetables for a salad and he was outside manning the grill. It was taking him a little longer to grill than I had anticipated so I yelled to him out the kitchen window to get an ETA on the food. When I looked outside, I saw him slumped over in his lawn chair beside the grill. I ran outside and started yelling his name. He was sweating buckets and when I finally got him to respond to me, he wasn’t making any sense. He couldn’t even tell me his birthday. Heat stroke? I got him a huge glass of water, turned on the car, cranked the AC, buckled in the kids and drove him straight to the ER. It wasn’t until talking to the doctor an hour later that my husband admitted drinking a six-pack during naptime. This came as a complete shock to me, because as far as I had known, my husband had decided to give up drinking over six months ago as an effort to embark on a healthier lifestyle and train for a marathon, and hadn’t had a drink since. Little did I know he had been drinking, and drinking a lot. A tour of the basement when we got home that night revealed a dozen empty beer bottles, hardly hidden but not obvious to someone not looking for them. This was the day my life changed forever. I didn’t realize it then, but I realize it all too well now.

I wish I could say he sought help and that was the end of the story. He did seek help, and things appeared to be good for awhile. On good days, it was easy to see a bright future. But a few months later, he seemed a little buzzed one day when he got home from work. He was abnormally talkative and his speech was ever so slightly slurred. When I confronted him about it, he ended up passing out on the kitchen floor. Six months pregnant, it flung me into a massive panic attack that almost landed me in the hospital. He told me it was a one-time thing. I believed him.

A couple of months after that, I came downstairs one evening after giving our two older kids a bath to find my husband asleep on the couch holding our newborn baby, who was sliding out of his arms and dangerously close to falling on the floor. Only my husband wasn’t asleep, he was passed out drunk. Once again, I had to shake him to wake him up and when he came to, he couldn’t even form a sentence. This time I was MAD. How could he drink again? How could he put our precious new baby in danger? A quick search of the house revealed an empty bottle of vodka in his coat pocket. I’d never known him to touch the stuff! This was the day I realized how bad it had truly gotten. Filled with remorse, my husband revealed that these weren’t one time instances, he’d been drinking almost every day. Yes, every day. He had just gotten better at hiding it. The nights he “missed the train” and was 30 minutes late, were nights he was popping into the bar before coming home. All of the cash withdrawals from the ATM? All to finance his alcohol purchases without me knowing he’d been to the bar or liquor store. I was never the wiser and coming to terms with this revelation was rough. I was devastated. I felt stupid for missing so many signs. I felt betrayed by the lies. I knew it was bad. I was sad for my family and heartbroken for my children. I mourned my life as I knew it. As a new mom, I was already exhausted and emotional. I didn’t understand how God could allow this to happen. Why me? Why now? For my husband, I felt everything from immense empathy to intense anger.

He knew as well as I knew that things couldn’t continue along this path. The next day he joined Alcoholics Anonymous (AA), got a sponsor, and started going to meetings daily. He started seeing his therapist more frequently. His psychiatrist put him on antidepressants. We set boundaries regarding our finances, schedules, and children. We discussed what would happen if he relapsed again. We had tough conversations, but slowly we were healing and rebuilding. He was trying. I had hope.

But alcoholism is a beast. After just three months of sobriety, my husband didn’t come home from work one day. He turned off his phone and took out $200 cash. After hours of being physically sick with worry, a midnight group text to me, his mom, and his sponsor informed us that he had been drinking and was sleeping it off in a hotel by his office. I never did get the details of that night because he blacked out and doesn’t remember them. At this point, we decided he would move in with his parents, because I needed to separate myself and the kids from the turmoil he was causing us and he needed to focus on getting healthy.

I wish I could say this was a wake-up call or a turning point, but it wasn’t. It was just the beginning. It has only gotten worse. More nights drinking than sober. Thousands in cash withdrawals, (to the point I went to the bank one morning and moved all of our savings to an account solely in my name). Days being MIA instead of hours. Threatening to hurt himself. Losing his temper on the kids. Blaming everything on me. Lying to my face. There were nights that were so bad I worried whether he was even still alive. When I thought it couldn’t get any worse, it got worse. Time and time again, it got worse. The toll it is has taken on me is immeasurable. The tears I’ve cried are too many to count. The prayers are nonstop, but at this point feel mostly unanswered. During the eye of the storm, he amazingly enrolled himself in an intensive outpatient rehab program, but three weeks in and I’m fairly certain he’s drinking both before and after his sessions. They say rehab is a place for people who want help, not for people who need it. Unfortunately, I can’t confidently say he wants help yet.

So far this story has been mostly focused on him. Our entire life this last year has been focused on him. I’m realizing, however, that since he doesn’t seem ready to change, the time has come for ME to change. It is time to take back control of my life and put my energy where it will make a difference. It’s time to try to be happy again. While it’s easy to focus on the drinking and the damage, it can steal too much happiness and too much precious time. When you’re focused on the bad, you can’t focus on the good. For me, there came a point when enough was enough and it was time to focus on all the blessings that still surround me and let go of the rest. Because while he is drinking, the kids and I are building forts in the living room. While he is drinking, I’m bouncing the baby and enjoying sweet baby cuddles and coos. While he is drinking, we are dancing in the kitchen. While he is drinking, I’m watching our kids learn and grow before my eyes. While he is drinking, I’m getting the best hugs and sweetest kisses. While he is drinking, I’m giving bubble baths, reading bedtime stories, and tucking the kids into bed as I wish them sweet dreams. He may be missing these moments, but I want to ensure I am not. If there is any silver lining to intense suffering, it is that everything that is unimportant melts away and you are able to clearly see and cherish what truly matters in life. For me, what matters are these three precious lives I’ve been given the honor and privilege to love and raise. I knew that before, but I’m truly living it now. The pointless things I used to worry about or be distracted by have fallen to the wayside and every moment with my kids feels immensely sweeter. The sadness exists but it makes me appreciate happiness even more. Having this perspective is life changing and makes me truly feel alive each and every day. For that, I am grateful.

My story may not be what I pictured for my life. I never pictured this happening or wanted this to happen, but here I am. While talking with a friend recently about my situation, she read my favorite quote to me. The quote reads “I will make everything around me beautiful, that will be my life” by Elsie De Wolfe. While I may be going back to work, moving to a more simple house to be closer to family, potentially raising three kids as a single parent and leading a life I never thought I’d lead, she reminded me what I know to be true – I will still make this life beautiful. While I don’t know exactly what my future holds at this point, I know that by appreciating what truly matters and letting that be my guide, I will write a beautiful story for my life. 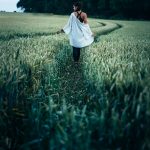 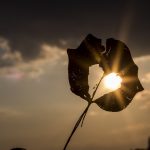 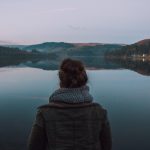