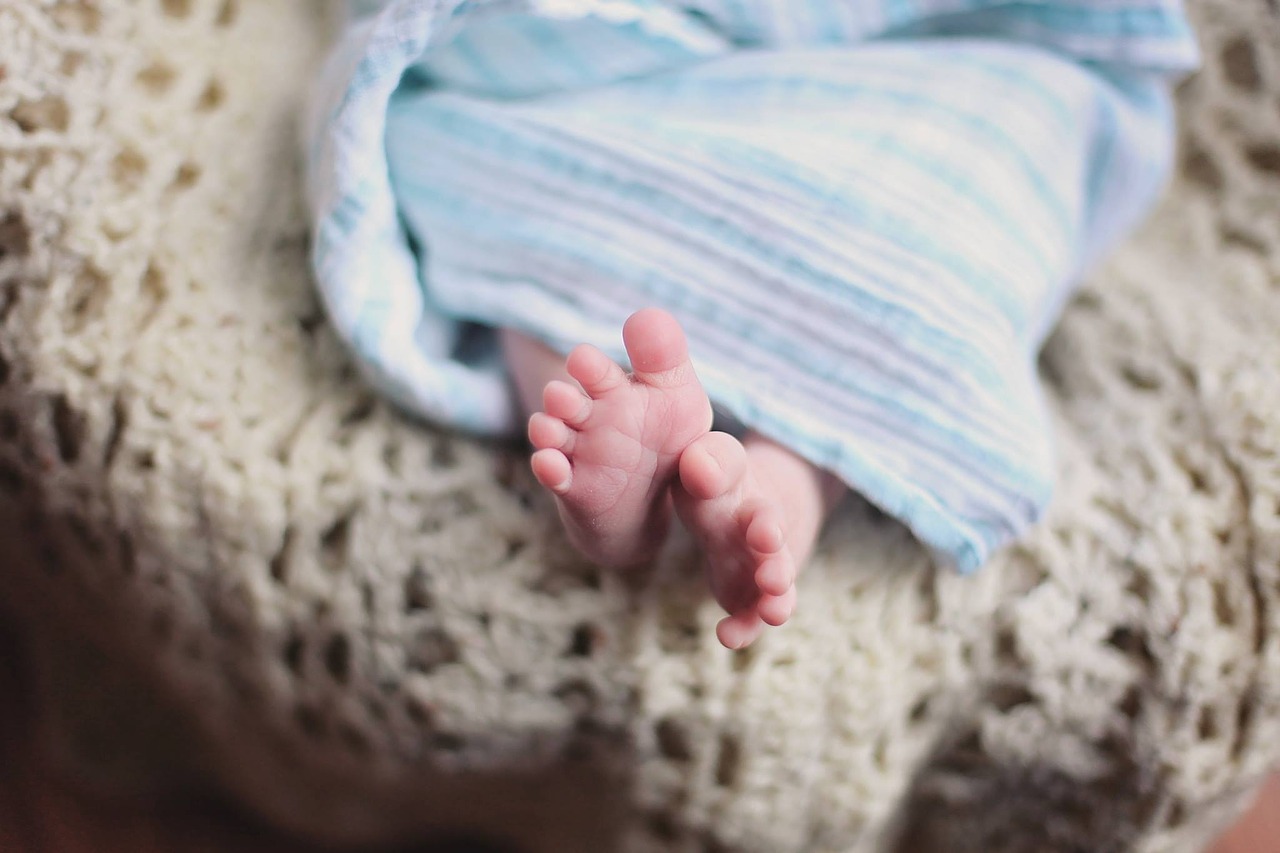 Today, I am bringing my son home from the NICU. After a pregnancy that consisted of five middle of the night trips to Labor and Delivery due to sudden bleeding episodes, 10 total days spent in the hospital prior to delivery, and 11 weeks of bed rest, on Valentine’s Day, my son, Nick, came into the world at just 30 weeks gestation following an emergency cesarean section caused by a placental abruption. After 53 days of driving in the cold to the hospital, getting buzzed through heavy, locked doors, and asking permission to hold my baby, it is finally time to bring my son home.

Leaving the NICU is similar to the feeling of returning to your college alma mater, where every inch of campus brings back a memory. The NICU is home to so many intense and deeply emotional moments for me, that it seems almost sad and definitely very strange to be leaving for good. Though I would not wish the NICU on anyone, I do believe this experience has helped me to grow as both a person and a mother.

If there is one emotion I feel more strongly than any other, it is gratitude. Deep, overwhelming gratitude for the physicians and nurses who cared for my child and I throughout my pregnancy and Nick’s stay in the NICU. Prior to becoming pregnant with Nick, my relationship with doctors has been very generic. I would make an appointment with my family doctor when I became sick, he would write a prescription, and that was that. My husband was in the Army when I was pregnant with our two older children, so both were delivered in different states. Even if I had the same OBGYN for both children, my pregnancies and deliveries were so routine that I imagine there was nothing memorable from the perspective of an obstetrician. Starting in the eleventh week of my pregnancy with Nick, when I experienced my first major bleed, I was under the care of my primary obstetrician, a maternal-fetal medicine doctor who specializes in high risk pregnancies, and whatever OB was on call during my days in the hospital.

In all of my life, I have never been as vulnerable as I was on the day of Nick’s birth. On that day, I had to trust my doctors completely to act in the best interest of my child. If my doctors hadn’t known to deliver Nick exactly when they did and as quickly as they did, things could have ended so tragically for us. Though I can’t pretend to know what it is like to lose a child, I know what it would have done to my five-year-old. I know the questions she would have asked, how she would have turned the death of her brother over in her mind again and again to try and make sense of something that would not fit into the happy world we have built for her, and I know how she would have grieved for Nick in her own little way. To know what our obstetricians spared us from, what they spared my daughter from, is enough to think of our doctors every time I count my blessings.

When Nick was first admitted to the NICU, I thought his care team would consist of only doctors and nurses. I was to learn that the NICU staff is actually quite extensive, and consist of neonatologists (pediatricians who specialize in premature babies), nurses, nurse practitioners, occupational therapists, physical therapists, dietitians, and pharmacists. Without a doubt, the hardest part of my NICU experience was accepting how little I could care for my child. However, as Nick’s days in the NICU turned to weeks and months, I began to see how blessed I was to be around doctors and nurses who not only save babies and care for their mothers, but who do so with such love and compassion. My husband and I became friends with the nurses who cared for Nick, and I cannot imagine how I would have survived the NICU if I couldn’t trust completely that Nick was being well cared for by his nurses. These nurses were the faces Nick saw when he woke up at night, and they were the hands that changed him and swaddled him when I could not. His nurses taught me how to feed a preemie, they listened to me when I needed to talk, and they celebrated every milestone with us. Above all, these nurses loved my child, and, even though Nick could not be with his family yet, knowing that he was still surrounded by love made the drives home bearable.

Finally, the immense gratitude I feel on this special day extends to my husband. In terms of emotions felt over the course of my pregnancy and Nick’s days in the NICU, a close second to gratitude is guilt. A side effect of hours spent at the hospital is I had plenty of time to obsess about the circumstances that led to Nick’s premature birth. If I tried to peel back the layers of sadness and anxiety that seemed to bury me on some NICU days and force myself to think pragmatically, I knew I did not do anything to intentionally cause Nick to be born so prematurely. Placental abruptions are usually brought on by drug abuse, smoking, obesity, or following some type of trauma, such as a car accident. None of these apply to me. I have never had any problems conceiving, and I have never had a miscarriage. I have never drunk alcohol while pregnant, I kept all my scheduled OB appointments, I took my prenatal vitamins, and I am only 29 years old. After two textbook pregnancies and deliveries, I thought I was immune to such complications, and the difficulties of Nick’s pregnancy caught everyone by surprise. My husband was able to take the NICU in stride, and tried to convince me to view the NICU as logically as he did: freak pregnancy complications are freak pregnancy complications, and hospitals literally exist because healthy people like me can suddenly become ill. He was able to rationalize far better than I that Nick was born prematurely by no fault of my own, and would need to remain in the NICU until he was strong enough to come home to his family. But, however one chooses to interpret it, it is a fact that our son spent 53 days in the NICU because of the failure of my body to carry him to term.

As we fell into a routine of visiting Nick in the NICU and came to trust and become comfortable with his care team, my feelings of guilt that were unbearable at first began to lessen. My husband was instrumental in helping me process this emotion, and knew that I didn’t just want to see my son, but I had a physical need to be close to him and know in the deepest corners of my mothers’ heart that he was being well cared for. The best thing my husband did to support me, and perhaps the greatest gift he has given me in our marriage, was sacrificing time with his son so that I could go to the NICU and be with Nick. Early in the morning, before our other children awoke, during his lunch breaks and at night after our children went to sleep, my husband would stay home so that I could be with Nick. Equally as important, my husband knew when I needed a break from the alarms and stale hospital air, and helped me to understand that it was okay to spend an hour walking around the mall instead of keeping watch over Nick. He was there to shoulder my share of parenting for the weeks I was on bed rest, he watched our son grow strong and healthy in the hospital with me, and together, we will raise our preemie and relish how lucky we are to be the parents of such a miracle.

Though I certainly would have preferred if Nick’s life began less dramatically than it did, I am so thankful for the perspective I have gained from the past 8 weeks. The NICU is home to the strongest type of love, and to see my fellow NICU moms steadfastly see their child through the ups and downs of hospital life, to see babies who fight against the consequences of their prematurity with such vigor and strength, and who are so fiercely loved by the families that hold them so tightly in their hearts when they cannot carry them in their arms, is a beautiful thing to witness. When I bring my baby home today and leave the NICU firmly in our past, I will forever be thankful for the doctors, nurses, and fellow NICU parents that have given me such a gift. And now, Nick, let’s go home.

Emily Collins is the mother of three, including a new NICU graduate. She is the author of the blog “With Love from the NICU.” 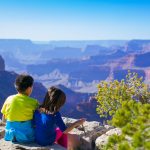 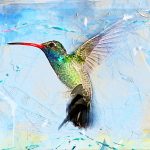 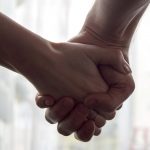 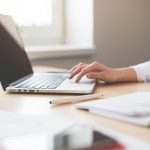